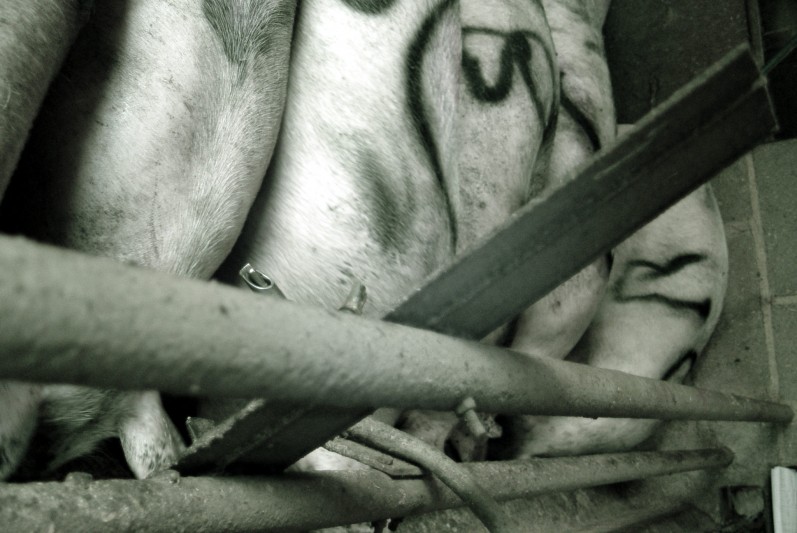 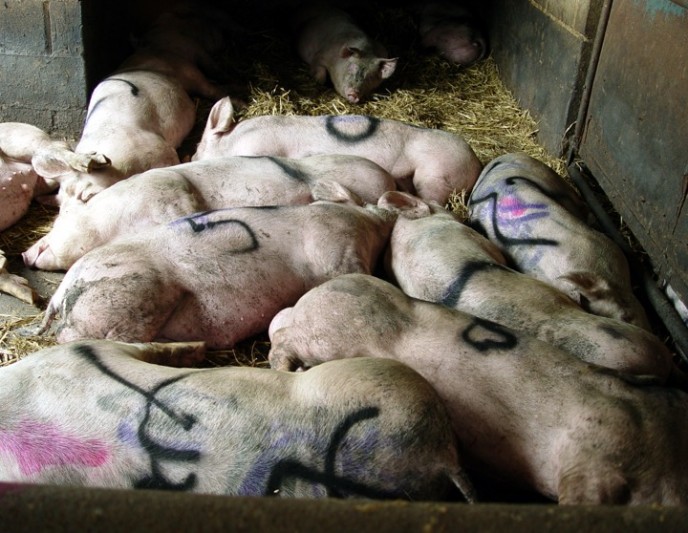 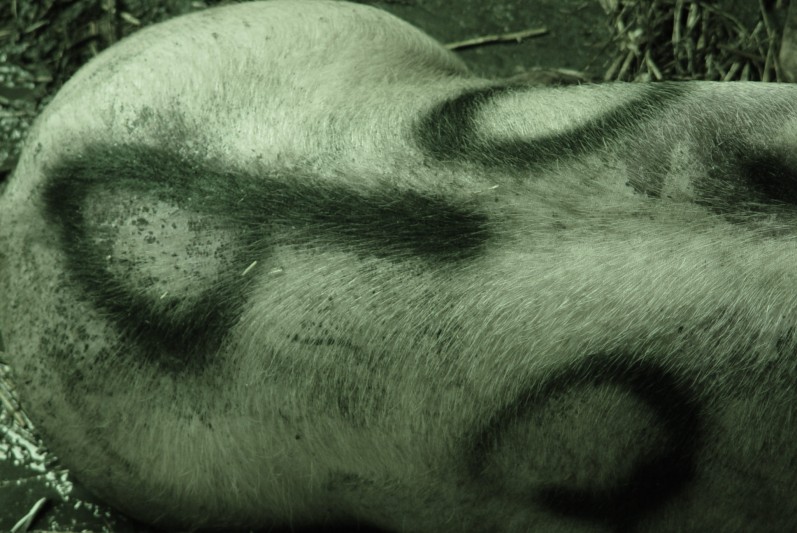 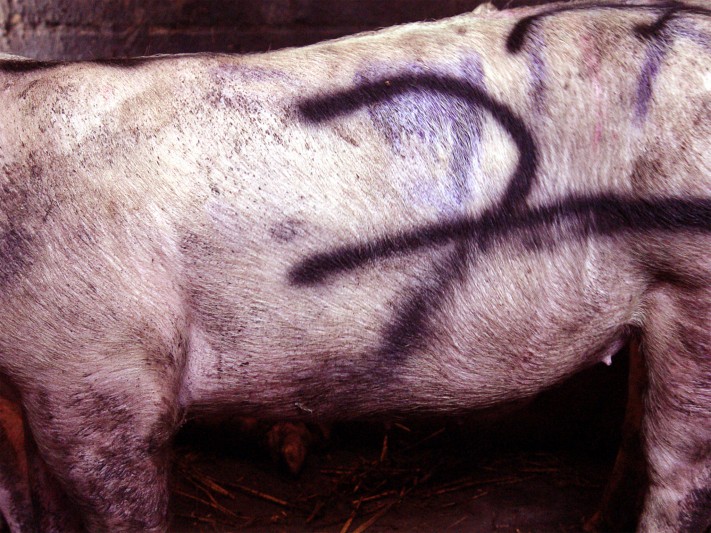 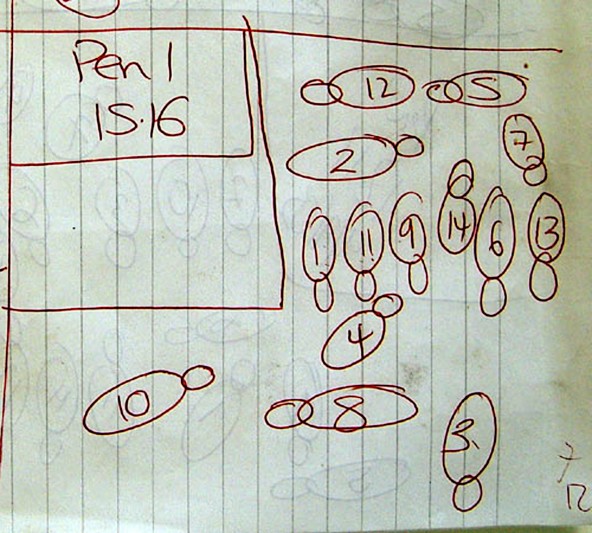 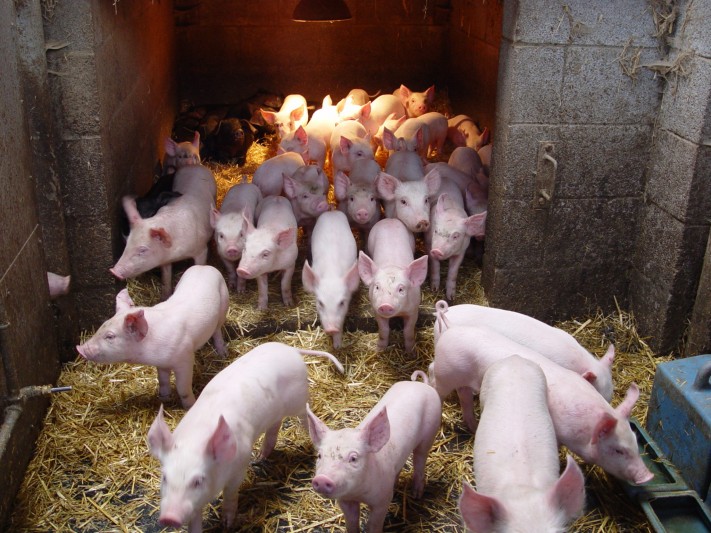 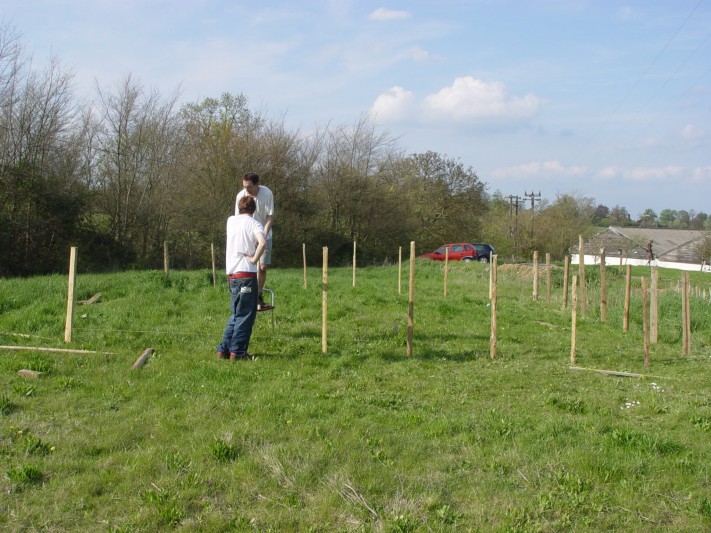 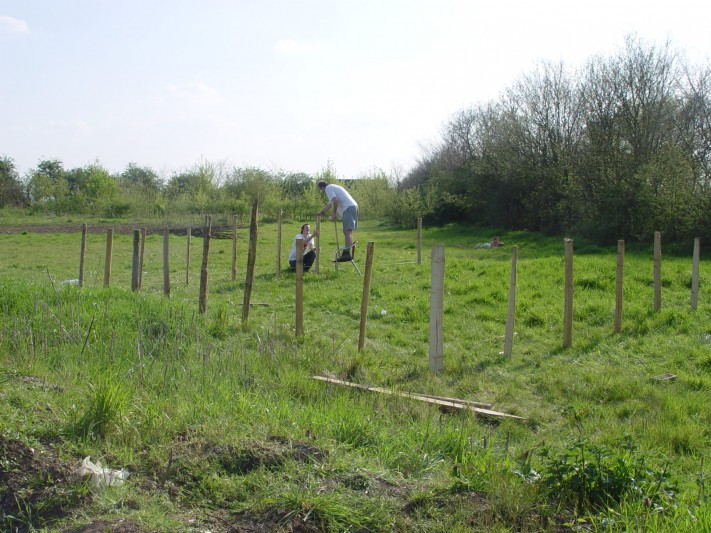 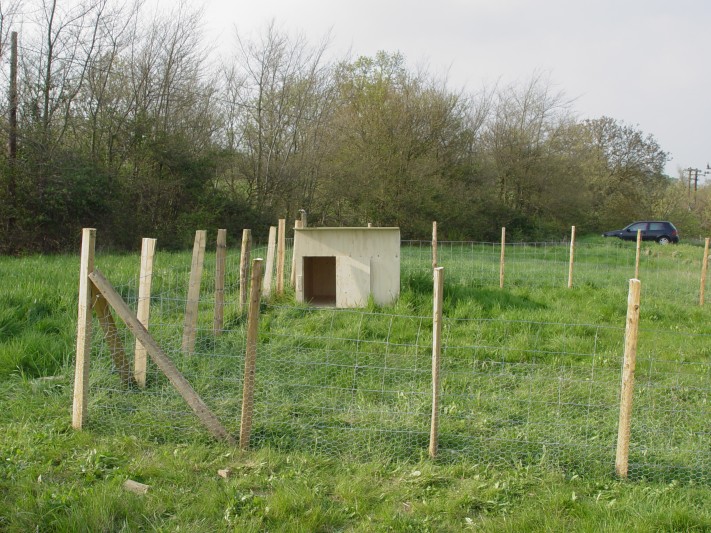 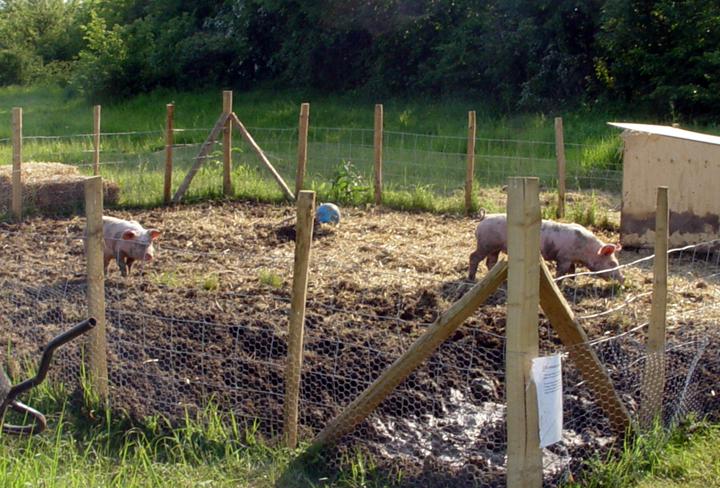 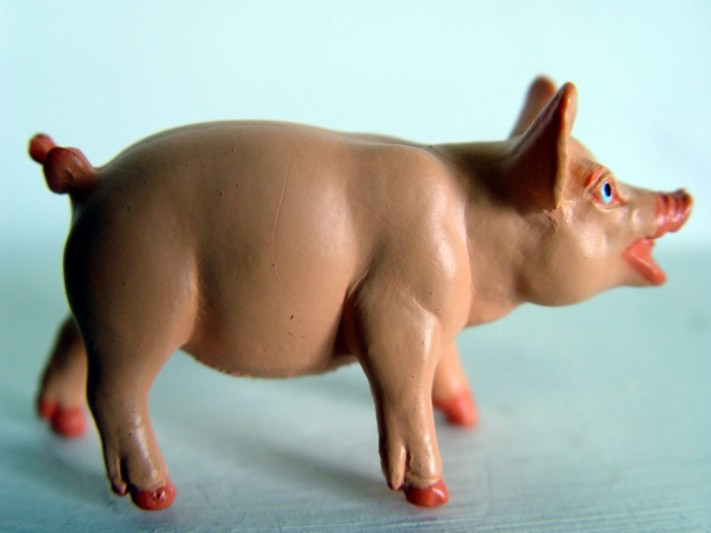 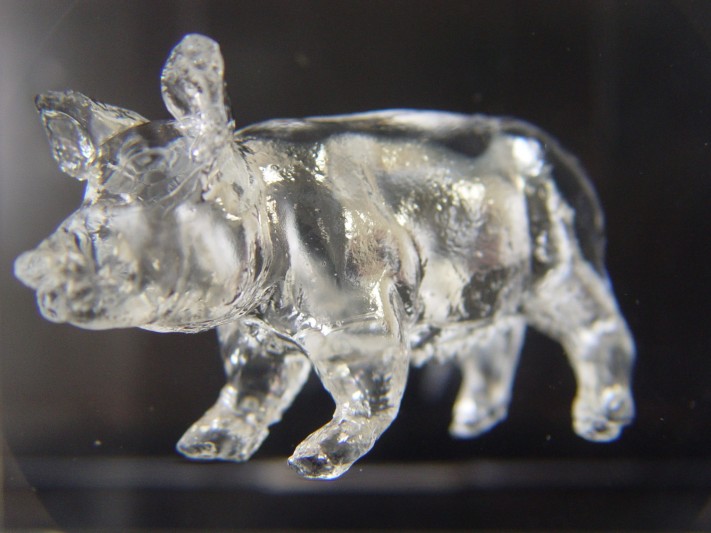 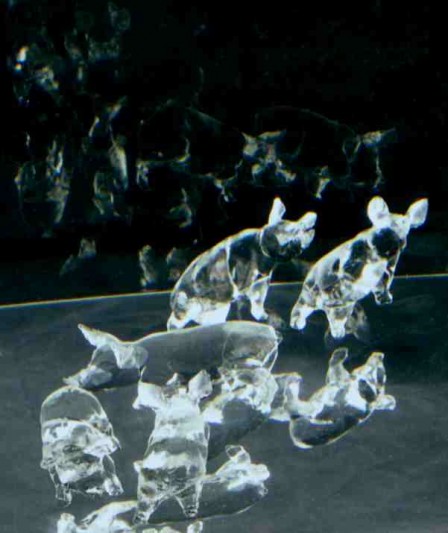 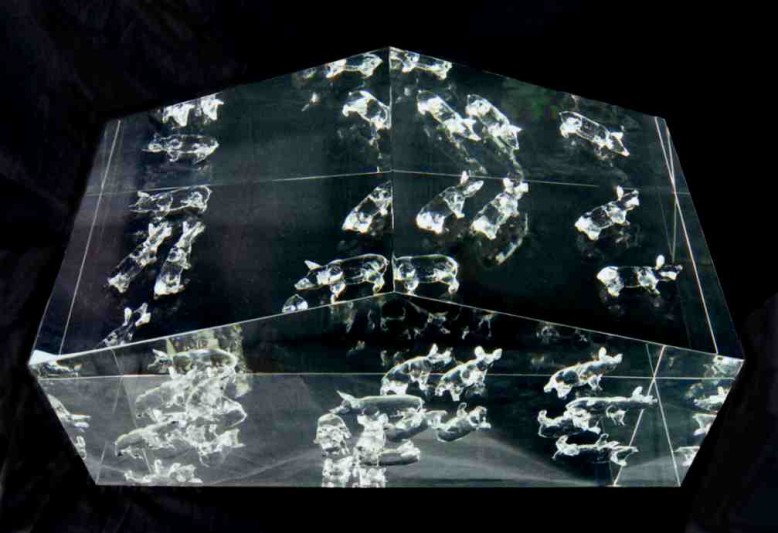 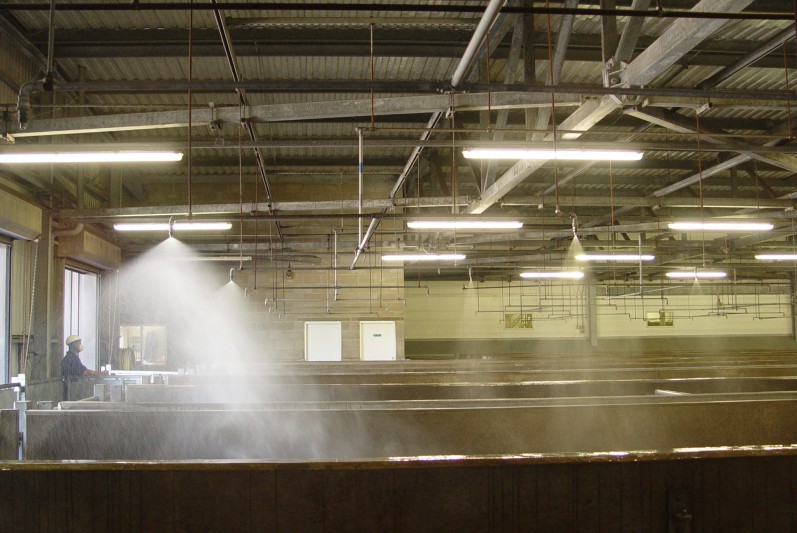 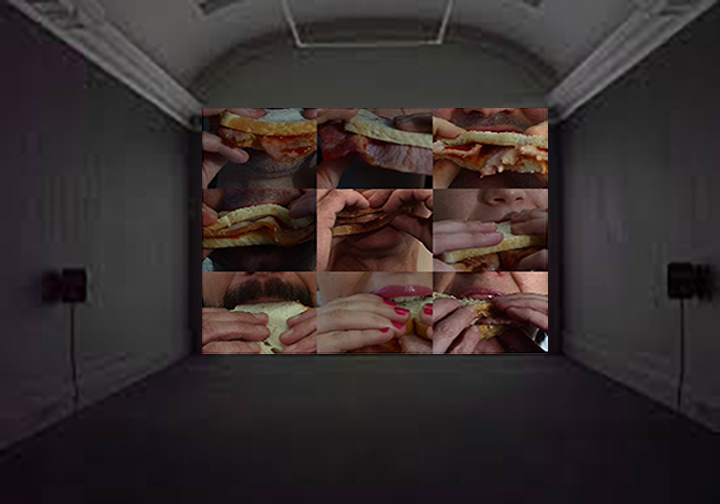 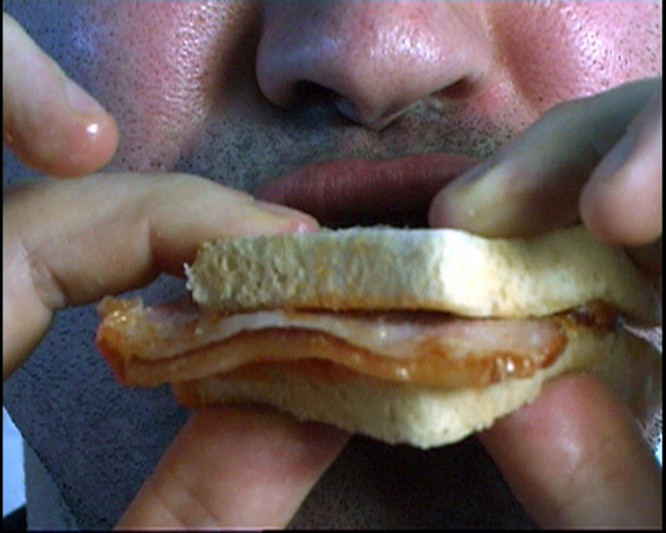 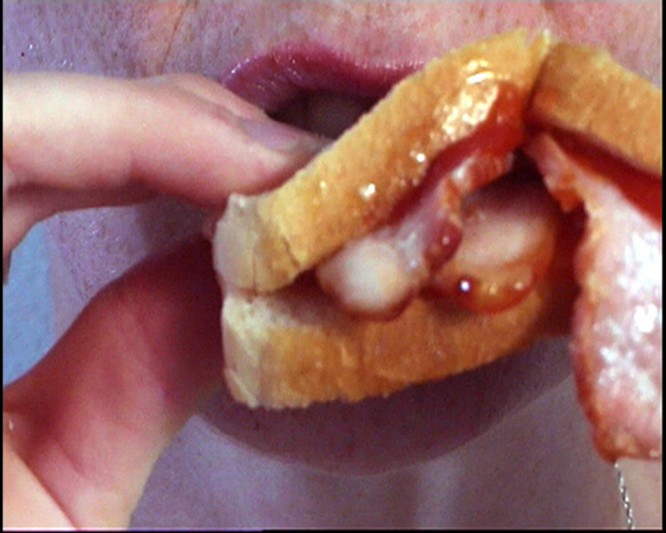 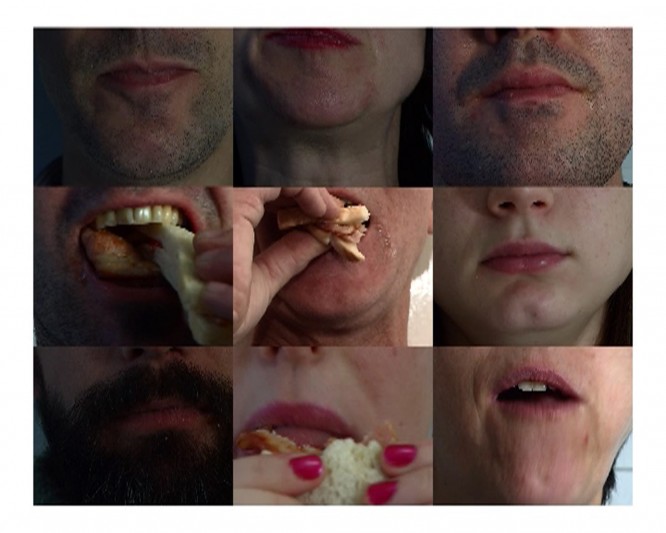 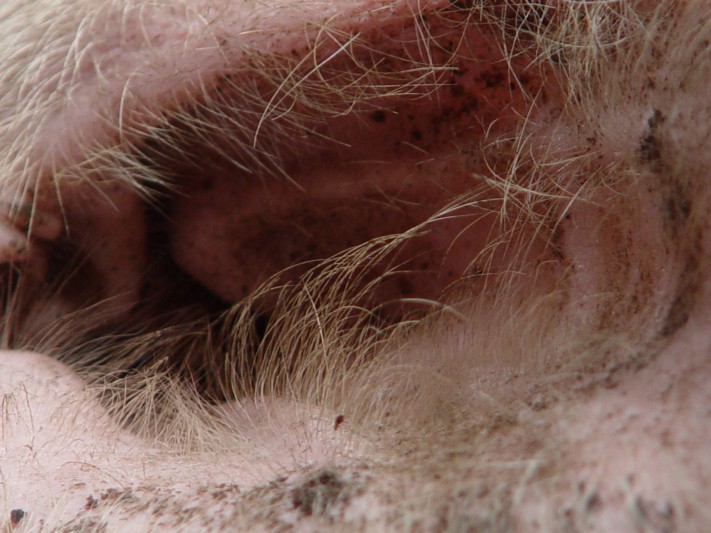 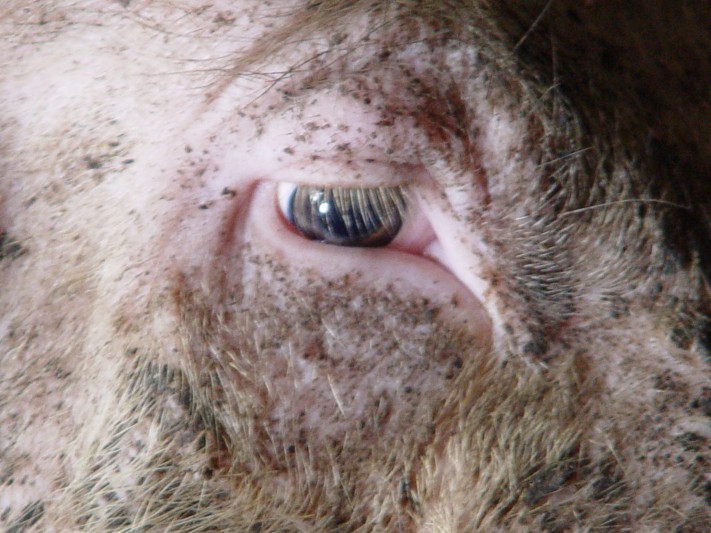 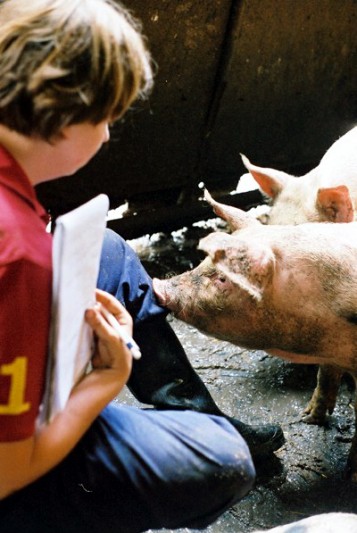 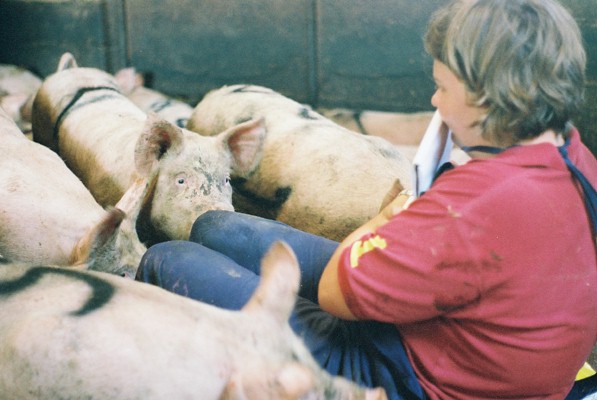 Patricia MacKinnon-Day’s yearlong residency at Wysing Arts culminates in this exhibition of new work exploring issues around the production of pigs for meat. Her project is part of the centre’s ongoing science and art residency programme.

MacKinnon-Day chose to investigate research into animal behaviour and made contact with the Department of Clinical Veterinary Medicine at Cambridge University. There, she was introduced to Liz Genever, a researcher in animal welfare, studying the social behaviour of penned pigs. Artist and scientist shared ideas and MacKinnon-Day accompanied Genever during her observations of pigs on the farm and in the abattoir. The proposition under investigation was ‘do happy pigs produce tastier meat?’.

MacKinnon-Day’s experience is distilled in two sharply contrasting artworks. One is a composite, twin-screen video installation entitled Chew until Saturated; the other a transparent sculptural installation made of glass and acrylic resin entitles Membrane.

The video piece documents the consumption of bacon sandwiches (prepared by the artist) by nine adults.

A parallel projection shows animated pigs arranged like a wallpaper pattern, sections of which break into a dance as each bacon sandwich is consumed. Children from Bourn Primary School provide a vocal soundtrack.

The sculptural piece is made up of pigs cast in glass using a plastic toy as a model. They are grouped according to annotated drawings made by the scientist during the course of her observations. (The original drawings are represented in the exhibition.) The glass pigs are encased in acrylic blocks representing the pig sheds. The piece may be read as a metaphor for the devices used by the food industry to render invisible the reality of meat production.

During the exhibition, a litter of pigs from The College of West Anglia will reside in a specially constructed enclosure in the field above the gallery. A video on show in the screening room adjacent to the gallery shows further documentation.

The project is funded by Arts Council England under the Regional Arts Lottery Programme with additional funding from the Grants for the Arts scheme. It has been produced in partnership with BCA Gallery, Bedford, where the exhibition will be shown in November.