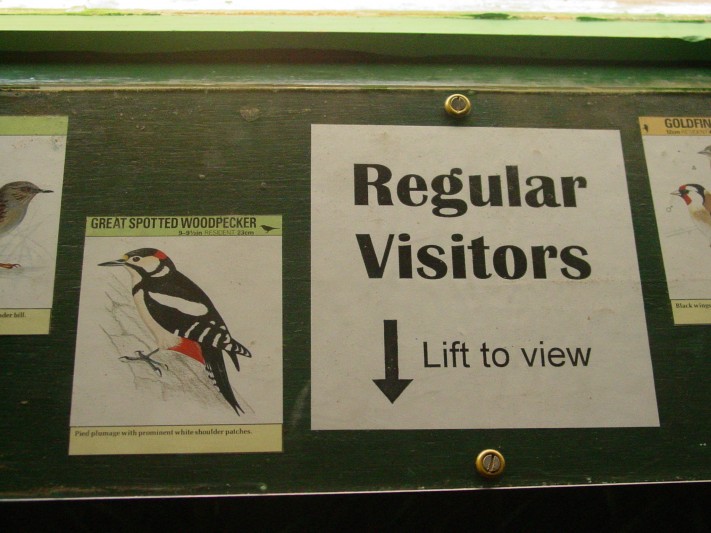 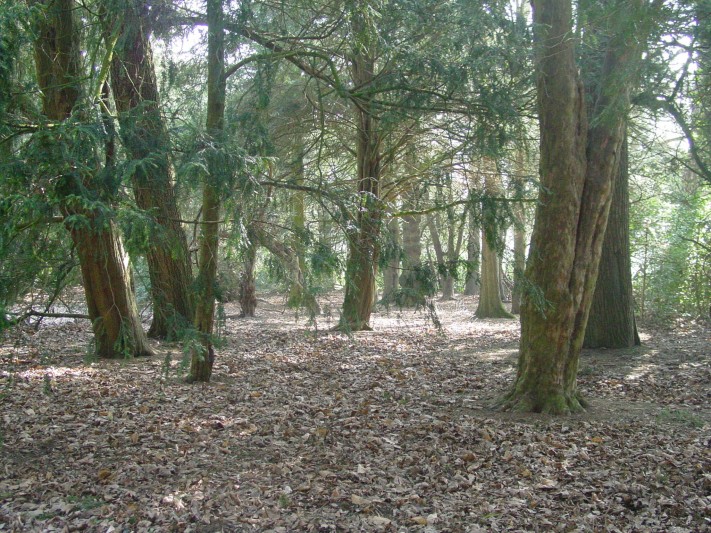 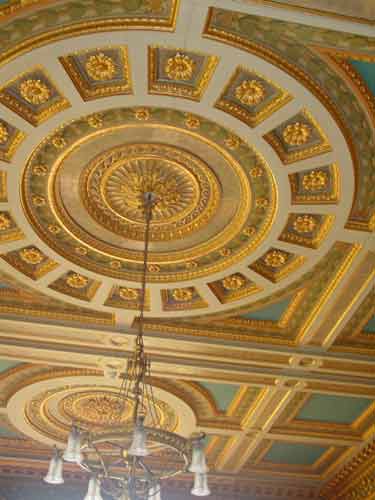 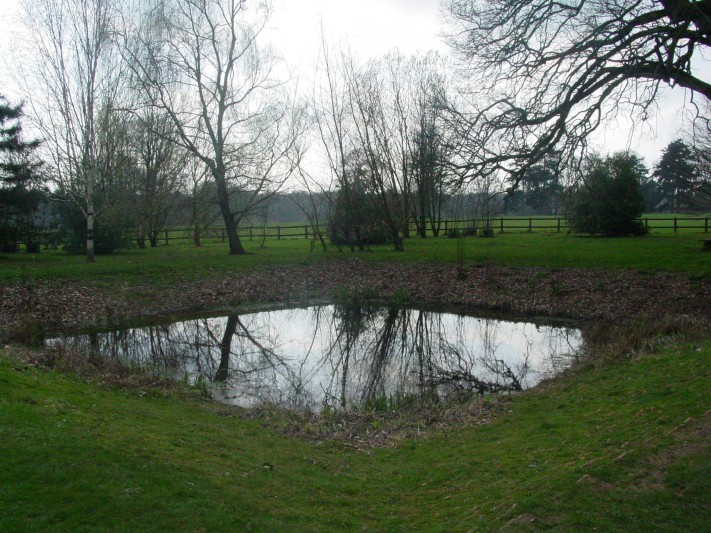 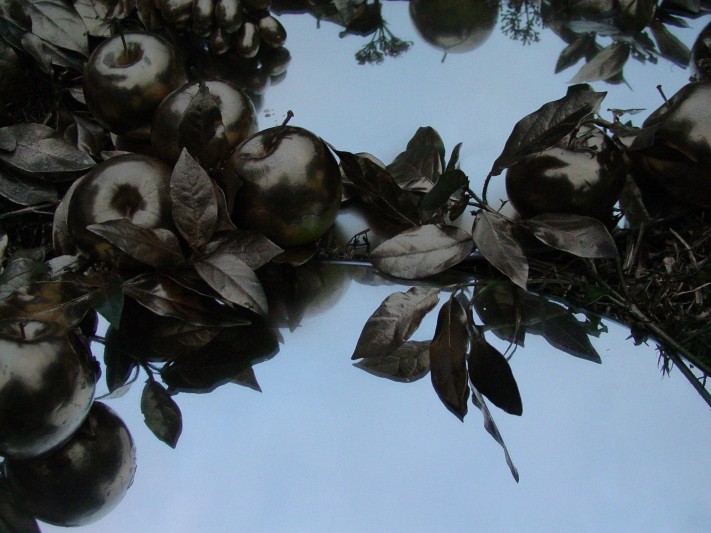 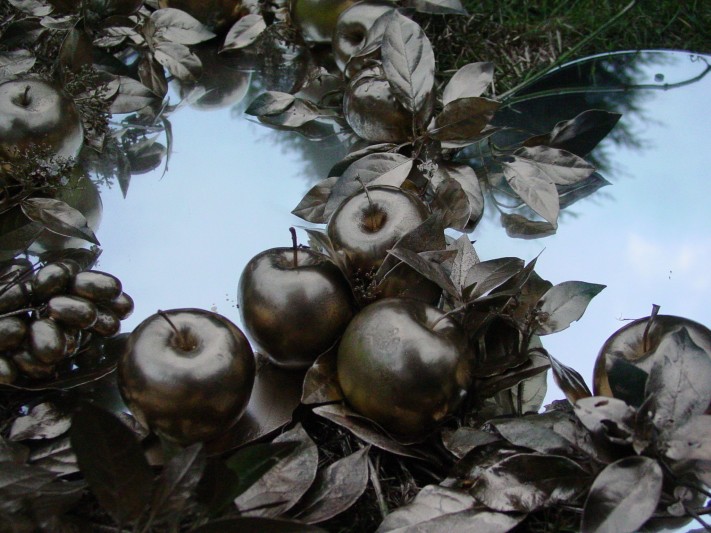 ”On the way back along Pool Avenue, you will pass the Colour Circle, planted in about 1850-75, where the Holfords held annual champagne `colour parties `for their friends. At the end is a group of Katsura trees which scent the air with a mouth-watering smell of caramel as they lose their leaves. The autumn colours of Katsura trees vary according to age, soil and the weather” – Deni Bown Westonbirt

The installation for the festival has been inspired by many sources: Norse mythology as used in Wagner’s Ring Cycle (Idun, the goddess of youth who possessed the golden apples that ensured the immortality of the Gods.) ; Greek mythology, Aphrodite ( Peleus who was married to the sea-nymph Thetis and invited all the gods to the ceremony — but one. The slighted goddess maliciously deposited a golden apple on the banquet table. The fruit was inscribed with the legend, “For the fairest”. Immediately all the goddesses began to argue about whose beauty entitled her to be the rightful possessor of this prize….); the ornate cornicing on the ceiling in Robert Holford’s historical home and the special banquets held within the Colour Circle, a particular space within the arboretum.

The Celestial Banquet was installed in the Colour Circle using real fruit encased in gold pigment, surrounded by different sized mirrors. The golden encapsulated fruit changes in time, the insides rot and decay and the outer surface shrivel. The fruit and mirrors form the structure of a ceiling rose found in one of the Holfords palatial rooms creating the illusion of heaven above.

The work presents to the viewer a dichotomy between the enchantment and disenchantment, that all is not what it seems. The mirrors patterned on the ground, unlike the fruit, remain constant; presenting an ever-changing reflective surface which may disorientate the viewer. The work was installed for a period of three months during the festival CCTV cameras were hidden in the foliage and documented the natural and human intervention in and around the time-based installation.