All in the Mind. The Deva psychiatric hospital, Chester 1997 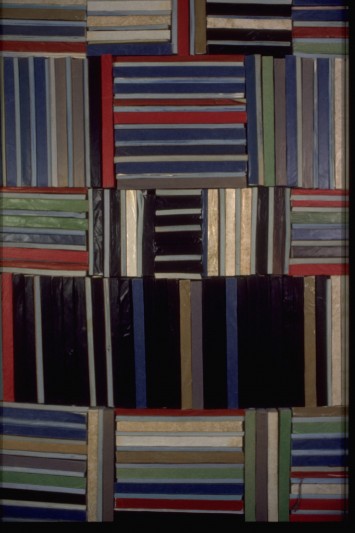 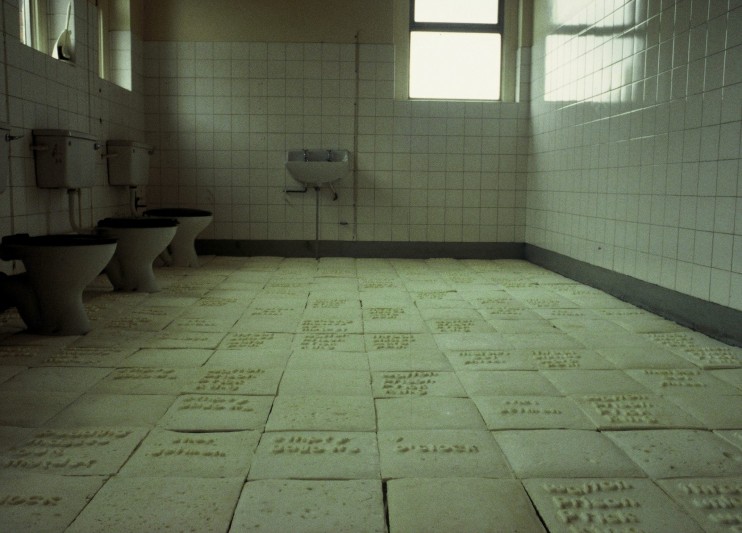 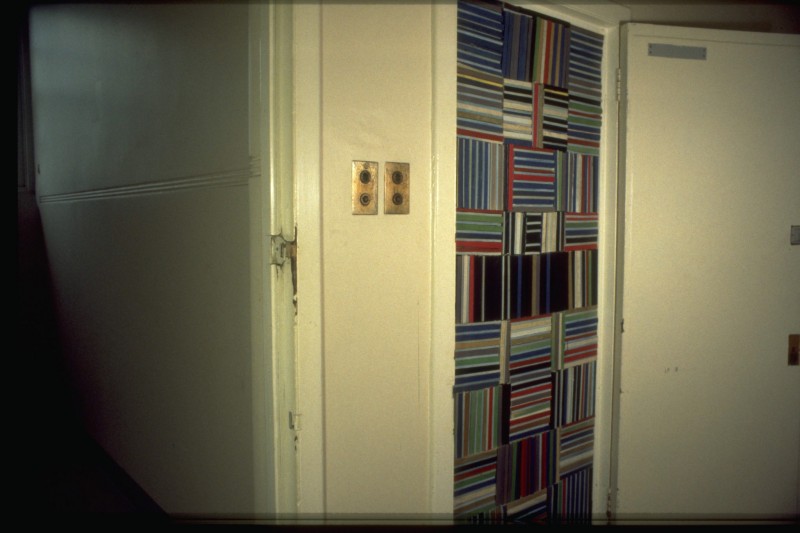 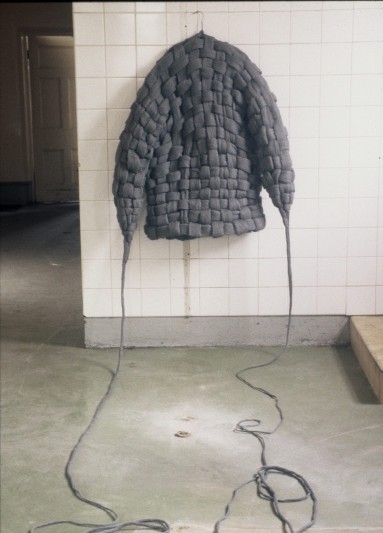 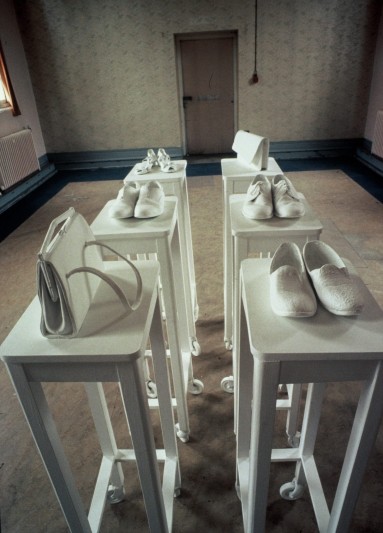 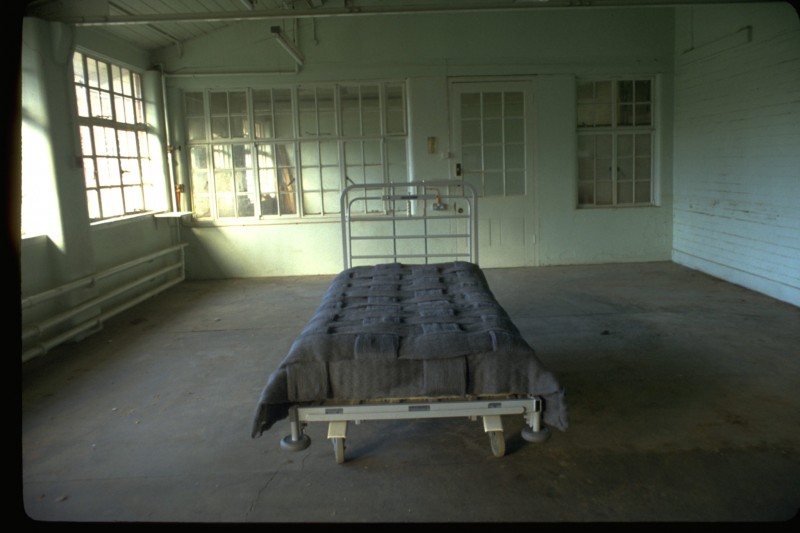 All in the Mind aimed to explore both the immense potential but also the limits when working in a particular place. This was an Arts Council funded project involving two other artists: Leo Fitsmaurice and Simon Robertshaw making artwork in response to a disused psychiatric hospital called the ‘Deva’ in Chester. My role was as lead artist and the project was initiated through an artists collective called CORE – which I co-founded a few years previously. CORE was set up to install contemporary art exhibitions in unconventional new contexts.

The final outcomes of the project included: All in the Mind, (1996 – 1997) were an exhibition, workshops and publication at the Countess of Chester general hospital and Turnpike Gallery. Numerous opportunities and commissions evolved directly from this project from health charities, academics, funders, curators, journalists and arts organisations who visited the space.

All in the Mind as a project presented the possibility of further development for me, in making visible to the public the past experience of individuals who had once been incarcerated within this Victorian psychiatric institution. The Deva was a Victorian asylum in Chester and was built in 1829.  It closed down in 1984 due to the implementation of Margaret Thatcher’s Care in the Community policy. “The new policy was promoted by Government as a more humanitarian and moral option than institutional provision but regarded by many professionals in the field as predominately a cost-saving exercise.” (Bornat 1997)

In 1997 at the start of the All in the Mind project, Community care provision had already been implemented and most of the old Victorian asylums were lying empty, in the process of being demolished or transformed into housing.  The Deva had been empty since 1985 and I had never before visited a previously occupied psychiatric hospital and found myself trying to make sense of my findings within these empty buildings. I was overwhelmed by the smells, some that I couldn’t identify, that permeated the cells, corridors and wards.  Clinical psychologists Richard S. Hallam and Michael P. Bender recall the ‘lunatic asylums’ in the 60s by ‘the characteristic smells of the back ward, with its hints of the farmyard stable and carbolic soap.’ (Hallam and Bender 2011) Again, I was aware of using all my senses, not just the visual.

In disused psychiatric hospitals, the only traces of the previous community lay in the detritus left behind; patients’ personal reports, belongings and medical records. Although in 1997 the data protection laws were in place, it was as though the authorities did not regard the patients’ privacy as something worth protecting.

It bears out an entry in Lord Shaftesbury’s diary: ‘Madness constitutes a right as it were, to treat people as vermin.’ (Scull 1993)

I was surrounded by physical evidence of all the sociological and psychological reports: high windows, mirrors used for surveillance, structural walls above courtyards wide enough to be walked along and used for surveillance. Handles and locks on the outside of doors, rows of open baths and cells with high up windows, scratched messages on window-panes.

The directors of the Health Trust originally agreed for us to access the site but when they discovered we were working in the old Victorian unit and not creating decorative artwork for the new psychiatric unit, they seemed to panic. There followed a series of meetings and a continued uphill struggle to stay on the site. During one of the meetings the Director admitted that opening up the building to our artwork would be like “opening a can of worms”; he would rather the public were directed towards what was happening in the new psychiatric unit and to move away from the mistakes of the past.

In terms of funding, the project had already achieved a total of £20,000, including £8,000 from the Arts Council. As lead artist responsible for achieving the principal aims of the project – public engagement through an exhibition –  I was faced with the prospect that the investment of time and money was to come to nothing. The director finally agreed that we could continue to create work on the premises but declared that there would be no public exhibition.

The research aim was to uncover internal and external conflicts, structures and strictures within psychiatric institutions and their effect on the lives of individual patients. I was also overwhelmed at times with a deep personal resonance: the materials were a metaphor for loss and were telling of patients incarcerated for long periods of time; forgotten and never spoken about. I did not know what I would discover but wanted to explore and dig deeper into how these invisible communities had once lived.

All in the Mind fitted with my own artistic objective: to progress our understanding of the enormous possibilities and the limitations of making art in places where art is not normally practised and the experiences that this kind of intervention brings for new ideas and the development of the artist. I also learned ways to respond to the physical nature of the building by allowing it to influence the structure of the project and to work with the materials that I collected. I felt that meaning would then evolve from this juxtaposition. All the materials used to make the art work were sourced from the site or informed by what was found on the site. This was my first real engagement with a methodology that involved the process of “excavating” .The project “produced cryptic emblems which condense into a succinct image of the internal and external conflicts structured into the nature of the mental institution” Dr Urszula Szulakowska

It enabled an investigation into personal and institutional displacement, an examination of internal and external conflicts through the collection of the minutiae of the lives of individual patients: the discarded artefacts of discarded people. As the French philosopher, Michael Foucault earlier highlighted, psychiatric hospitals are like prisons: they are secret – hidden from public gaze. When examined, they have a certain inhumanity that poses as humanitarianism. The discarding of all the patient records, which were then strewn carelessly on the floor, became a metaphor for me of this situation. This early residency helped me generate artwork using materials collected on site that exposed issues and ideas related to how mental patients were treated or not treated in the past.  This has become a motif in all my work – that the materials collected on site became so significant to the outcome. The materials used to create the artwork for All in the Mind formed a complex narrative about vulnerable and marginalised individuals.

All in the Mind interrogated how research into people materials and site, in relation to human interaction, language and historical impact could lead to outcomes that became models for other opportunities in artist led projects. 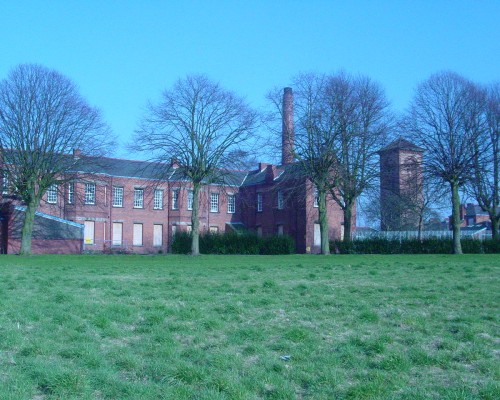 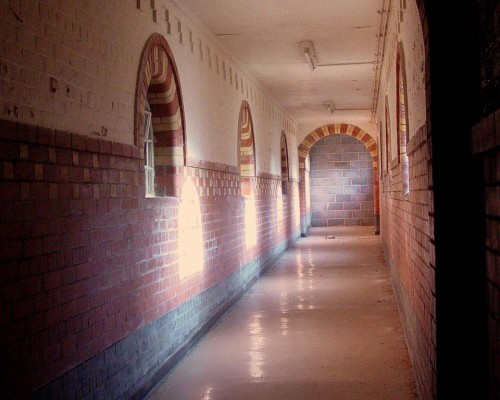 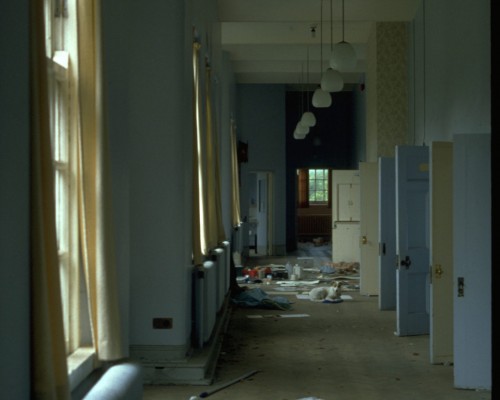 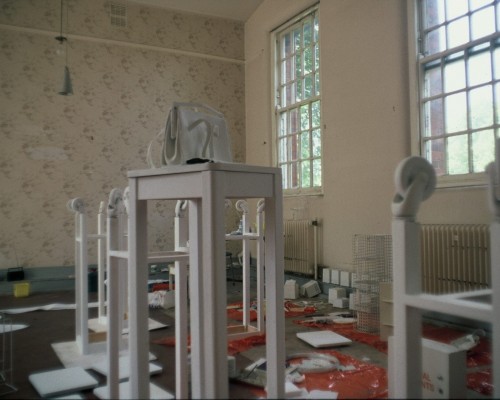 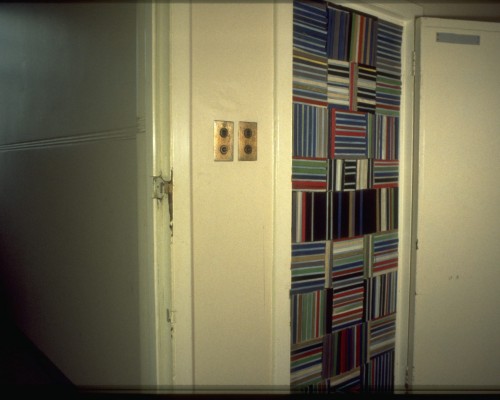 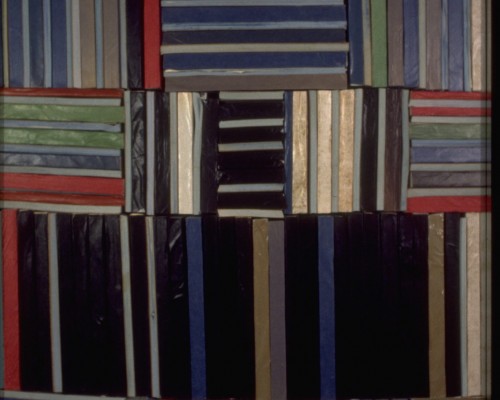 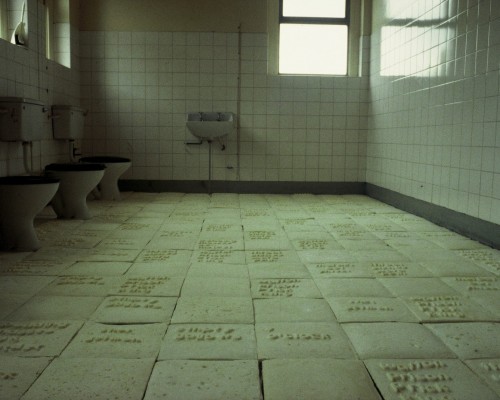 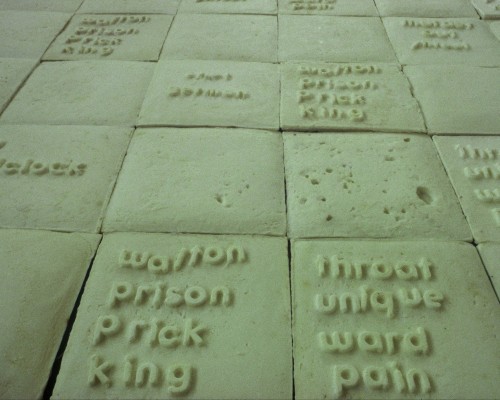 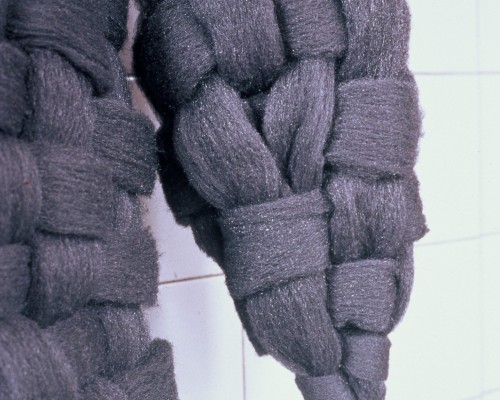 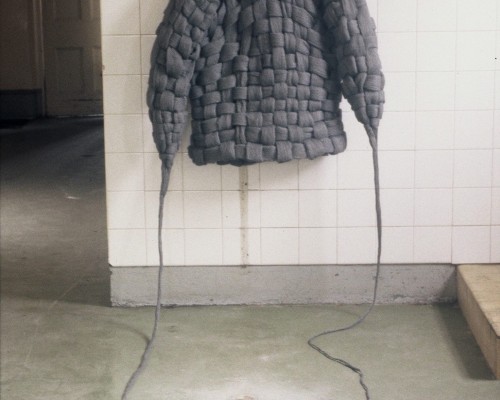 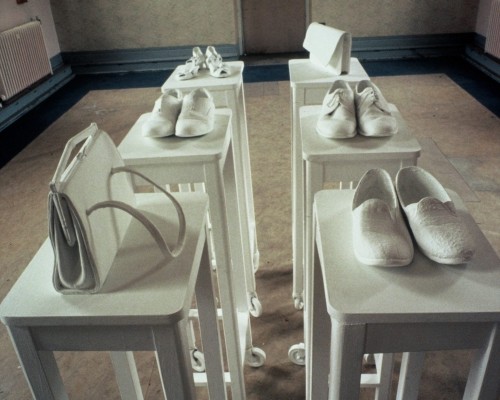 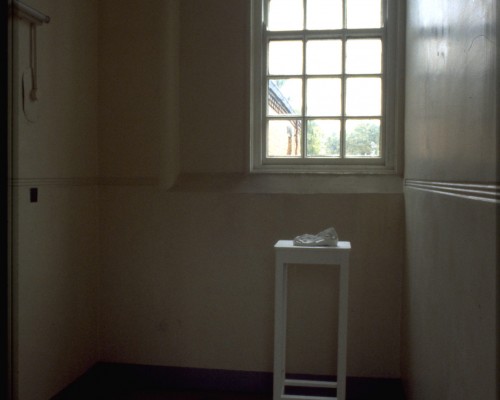 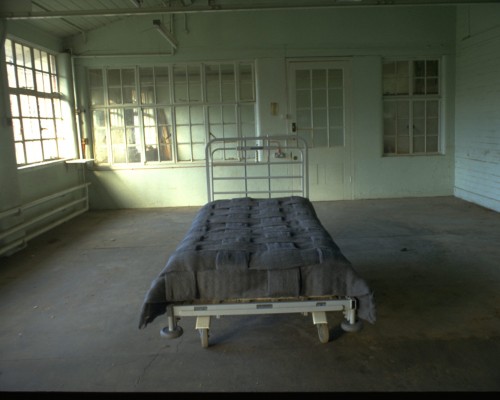 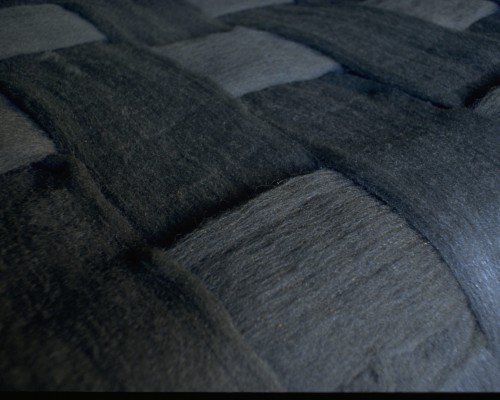 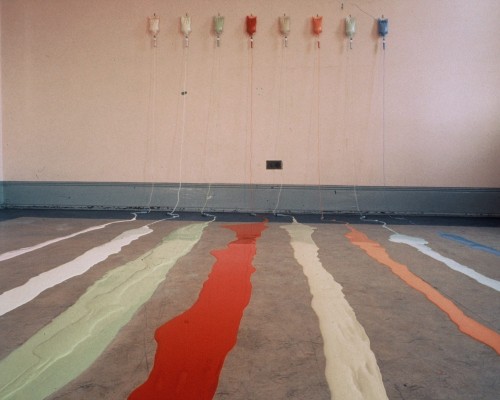 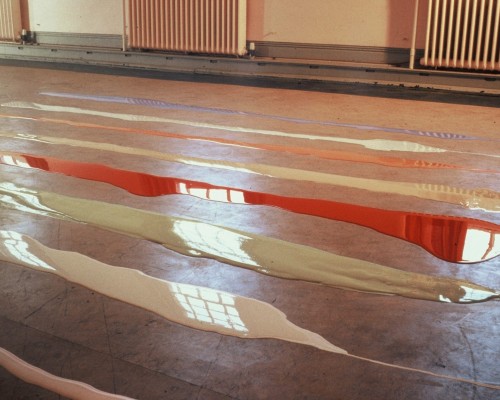 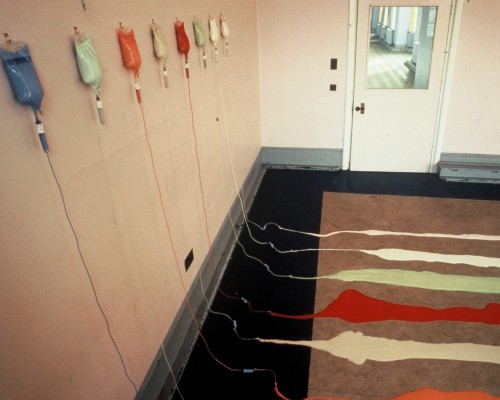