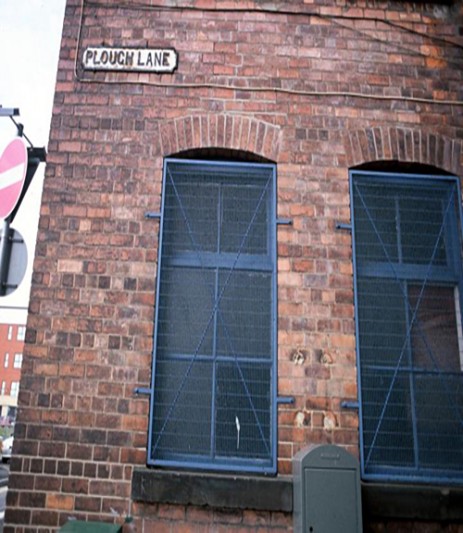 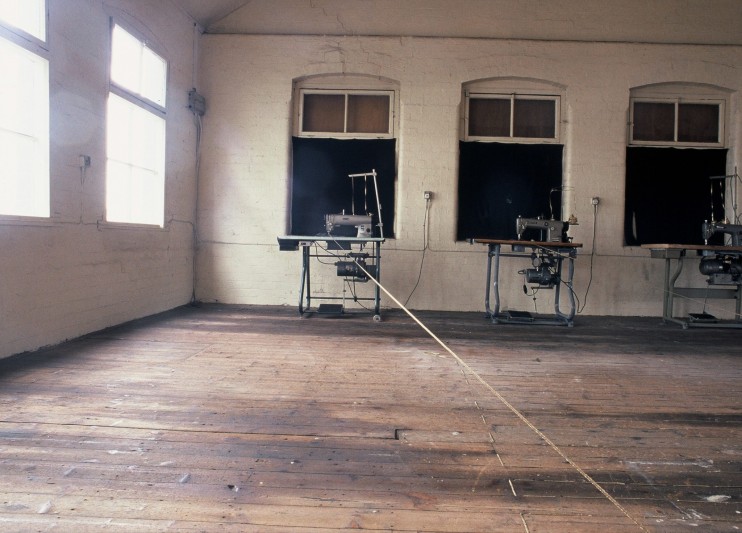 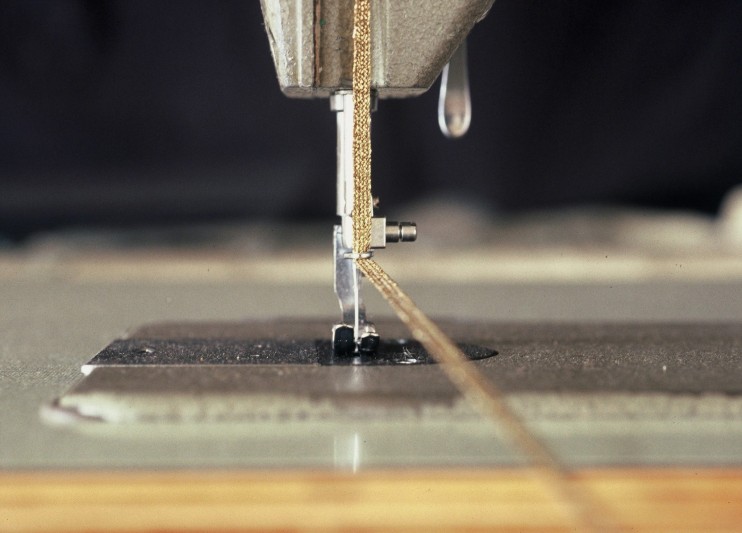 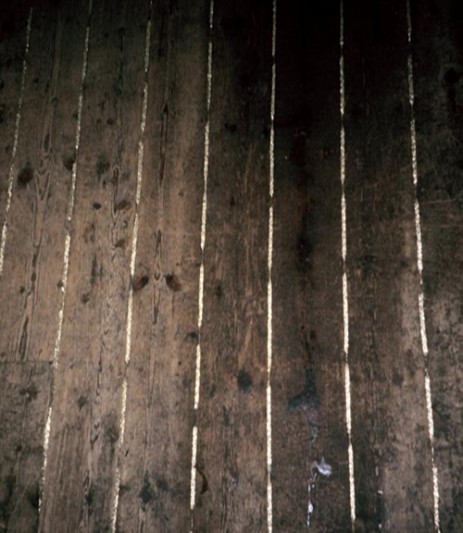 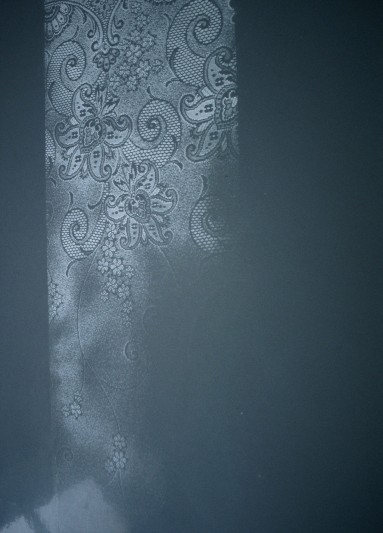 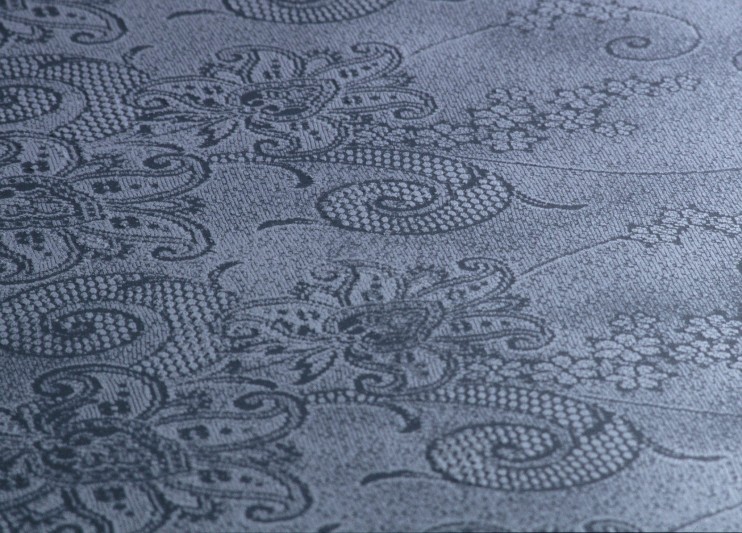 Like Bachelard’s empty spaces of metaphorical meaning, Patricia MacKinnon-Day’s installations are born out of a sensory connection to site laid bare. The site as space, emptied out. Where odd discarded objects and traces from other times are left littered to gather dusts of frozen moments. This is the space of site as fuel for the imagination. Where even the dust becomes a catalysis for memory – memory real/ memory imagined – it does n’t matter.

We/ the viewers climb the stairs into a large airy space with blue doors and window frames. In a line, at the far end wall, echoing the four steel girders supporting the interior, four identical sewing machines clatter with bobbins of golden thread. Where even the clatter speaks through the noise, just as Mackinnon-Day’s installations speak through the language of materials and location.

The noise shatters the otherwise silent and still interior, an interior which has remained silent for some ears. The noise creates movement and reverberations in the space, stirring and shifting the dust of moments. The noise is like an inarticulate voice, an utterance locked into the same note with no tune.

The thread has been drawn out, stretched, pulled into the space, sewn into the floorboards, and stuffed into the gaps in-between, following the regular lines of the floorboards across a large area … Fragmented thoughts threading together, remaining momentary, intuitive, transient like the temporary nature of the sites specific, but at the same time fixed here like a paradox.

Kissed the Dust, Dust as traces of moments. Dust as traces of loss. Within such spaces these things imagined and remembered haunt and embody the found object and resonate through its placement there. The site is a container for all these things eclipsed by the charge of the former presence of the artist – wondering, reflecting, collecting, re-arranging, placing, inscribing– using what is there or implied by the space and the artist’s relationship to it.

Presence and absence of those before and her now/ then, charge the space. The scenario between the artist, the site – its atmosphere, its history, its objects, materials and its viewers, are all inextricably linked.