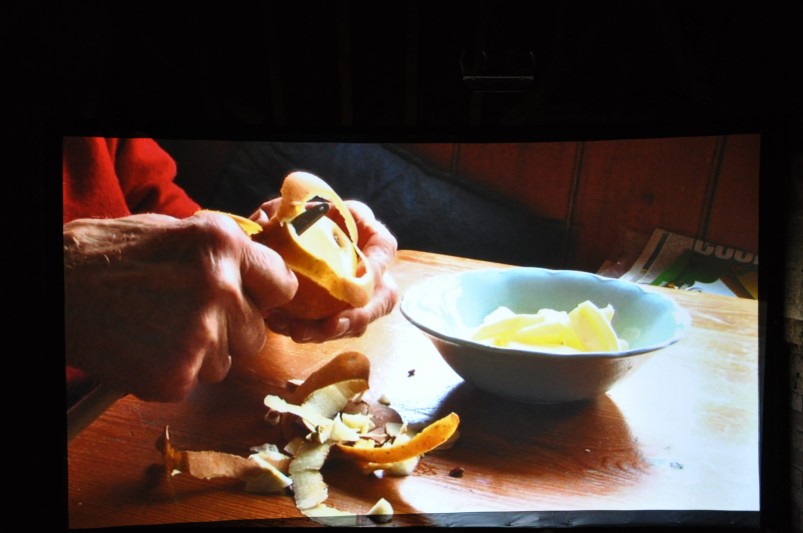 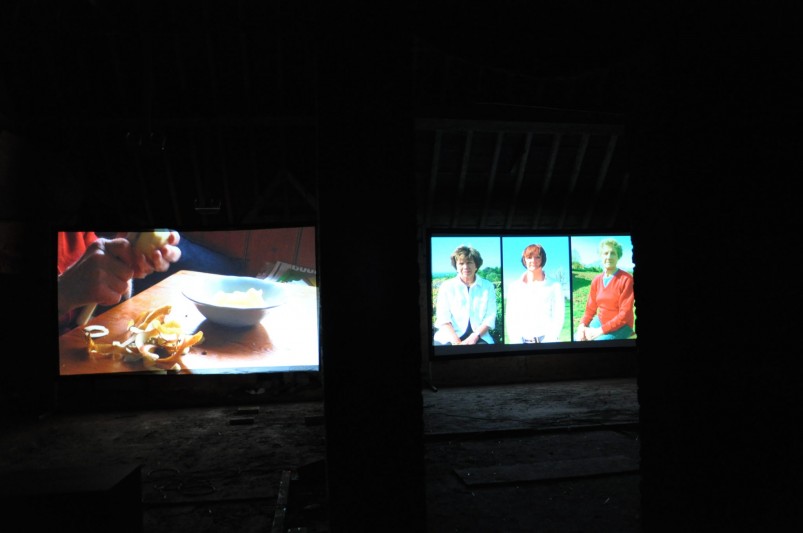 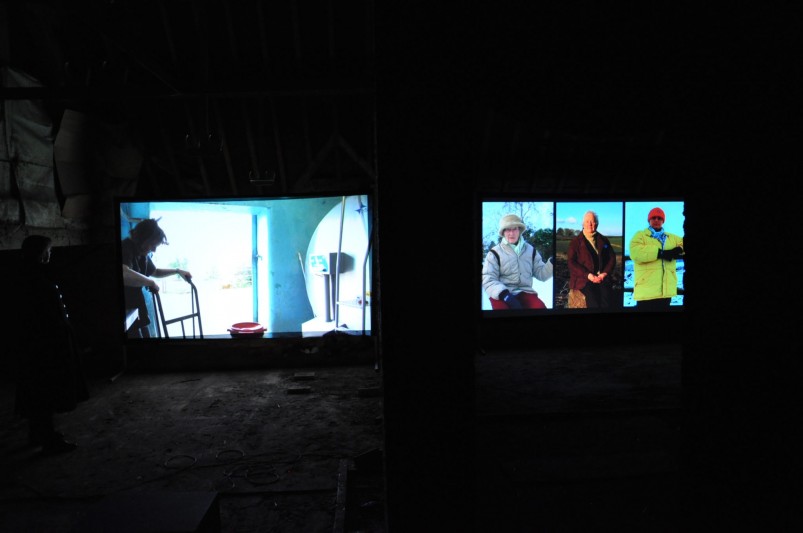 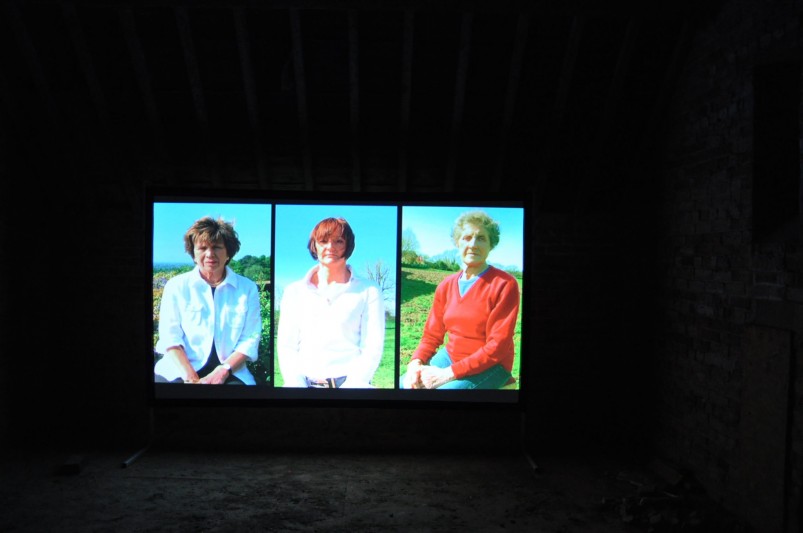 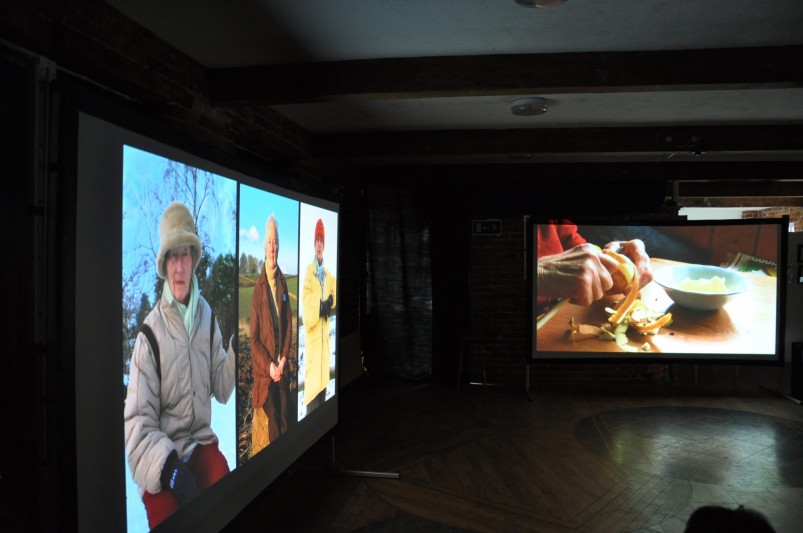 Rural Voices – from Depmore to Shocklach was funded by The Arts Council of England, Cheshire Rural Touring Arts network, Cheshire Community Action and Habitats and Hillforts. This project presented a unique collaboration with twelve women farm workers living around and on the Cheshire Ridge. The project grew out of Private Views Made Public where I identified that women were a largely unrepresented community.

The farmer’s wife remains one of the most elusive figures in agrarian history. Her labour on the farm (and in the farmhouse) has been largely unpaid and therefore unrecorded. Historians have acknowledged the contribution made by farmers’ wives, but no attempt has yet been made to examine in detail the whole range of tasks usually undertaken by them and the value attached to this work.

Rural Voices – from Depmore to Shocklach, together with Private Views made Public was shown as part of a Rural Touring Network programme. Screenings were seen by almost 35,000 people during its tours to seven non-art venues. The work was experienced by a very mixed audience of art-goers and non-art-goers alike with some very positive feedback in the visitors’ book. Venues included: Frodsham Arts Centre and Peckforton Castle, as well as in barns, village halls and schools, on a rural touring library bus, even in public houses and farm sheds across Cheshire.

The installations consisted of two large –scale projections with a soundtrack of the farming women talking about a range of social, economic and political issues relating to their lives at home, on the farm and in the local community. The project culminated in a bringing together of the twelve women for a celebratory meal and cookery master class (using their produce) with Cheshire chef Gary Usher.

The outcomes and research gathered during this project contributed to the forming of the Sandstone Ridge Trust and was disseminated at the Desired Futures♯3 –People and Society conference at MIMA, Middlesborough Institute of Modern Art (2012) and at a screening at the The New Rurals – research seminar for artists, Merz Barn, Cumbria 25th July 2014.

The women farmers met for the first time at a Master Class delivered by Gary Usher and his team at the Sticky Walnut restaurant in Chester.

The research project has continued with Tracing the Landscape commissioned by Lakeland Arts, working with five women farmers in Cumbria. 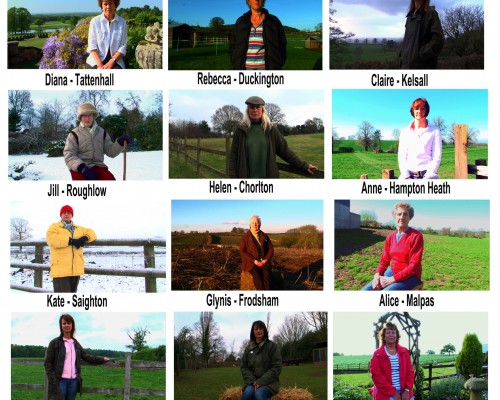 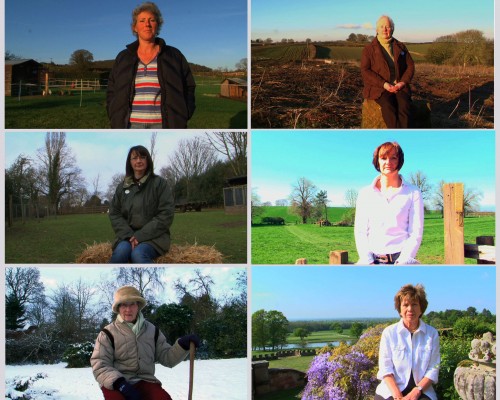 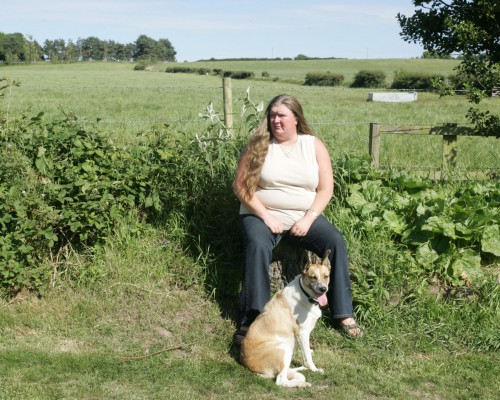 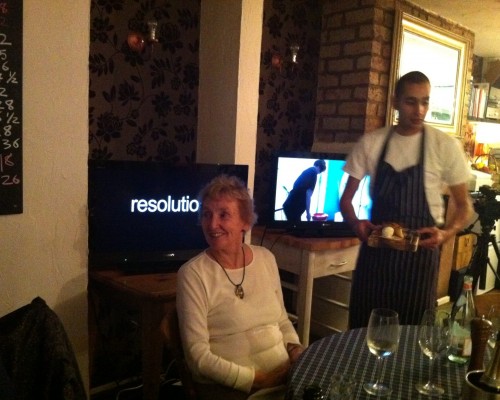 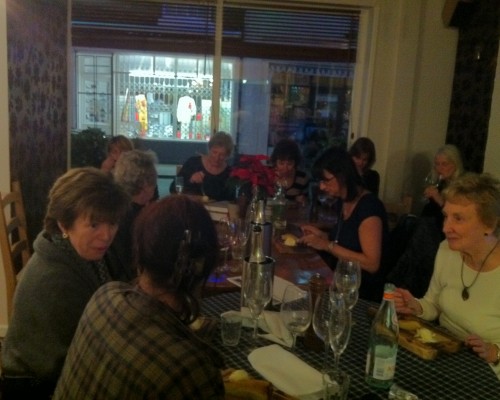 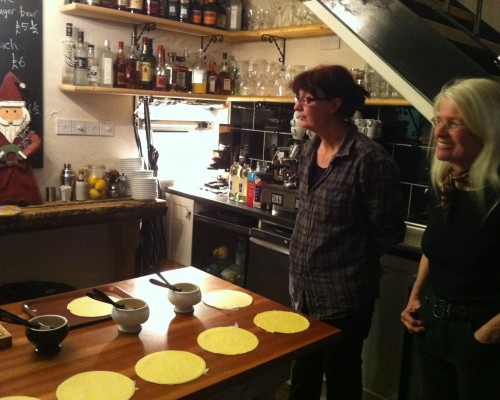 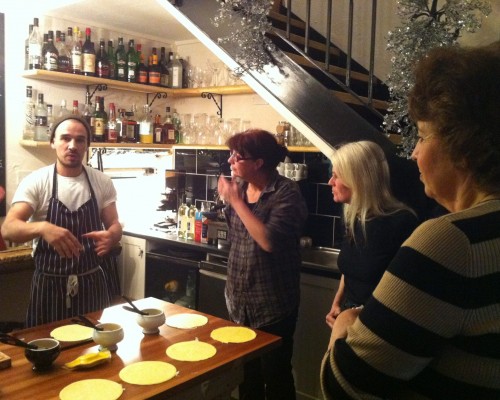 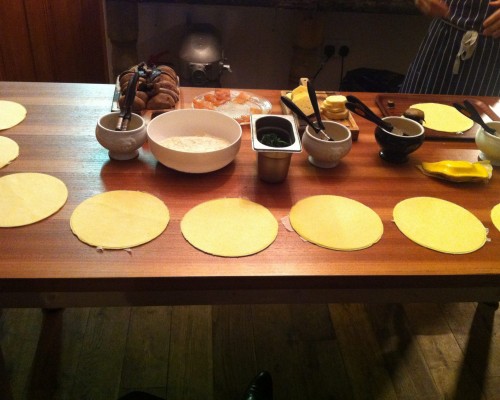 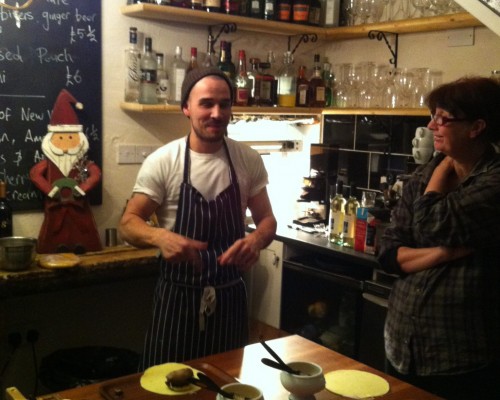 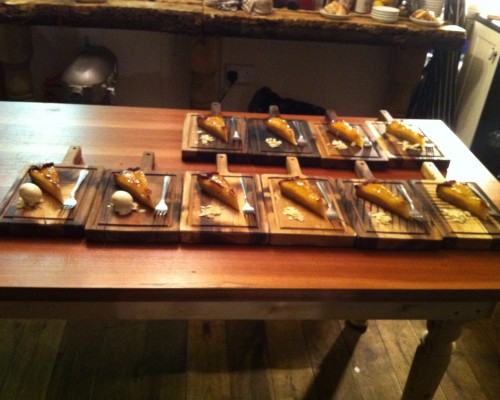 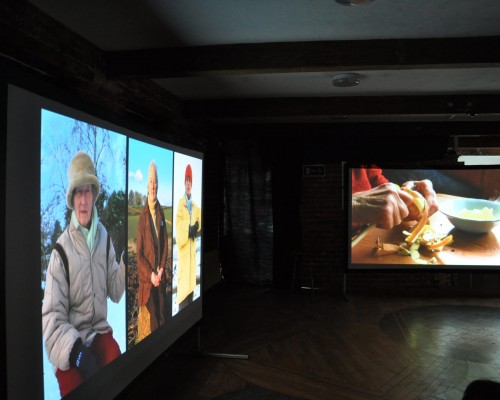 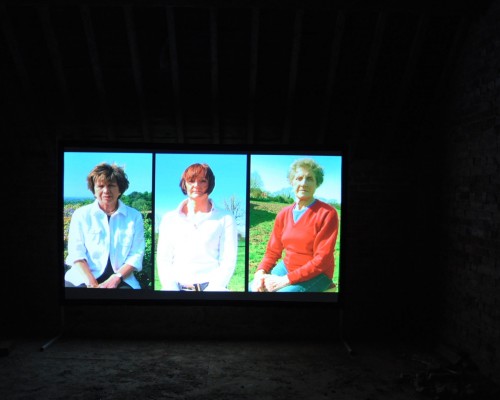 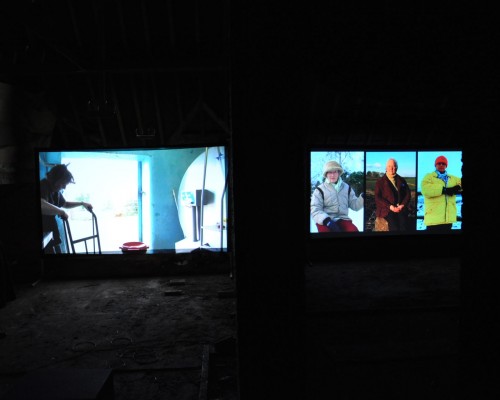 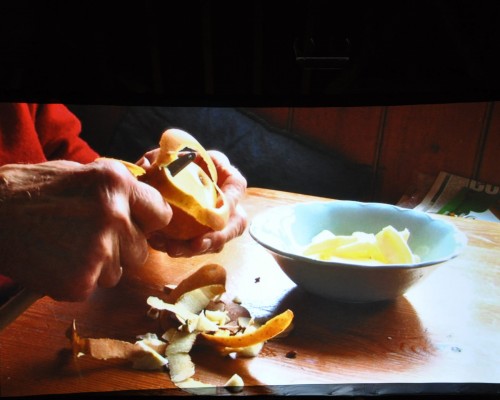 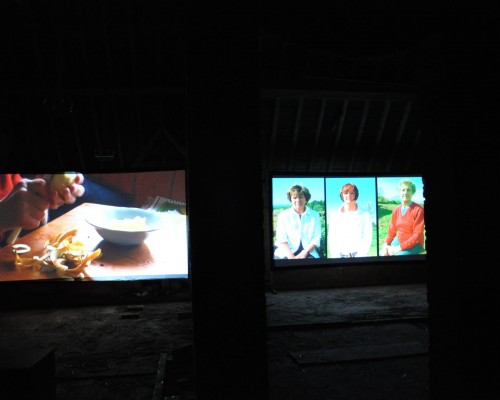